NatureWorks: A blog of the California Natural Resources Agency

Wildfire conditions we face in California are clearly unprecedented in the state’s history. In the last two years, alone, over seven million acres burned across the state in large, catastrophic fires that have destroyed towns and generated harmful smoke as far east as New York. Our wildfire crisis is well known.

Many Californians though may not know that the scale and speed of work to combat this crisis is also unprecedented. Over the last three years, the Governor and Legislature have significantly increased wildfire funding—both to strengthen CAL FIRE’s ability to respond to these wildfires and to take upfront, proactive actions to protect communities before wildfires ever start. This past summer, our state leaders allocated a record $1.5 billion to take these upfront actions to build our resilience to these new wildfire conditions.

Wildfire is a natural part of California’s ecosystem. Tribal communities actively managed California’s forests and wildlands with cultural burning since time immemorial. Colonization ended active management, mass deforestation during the gold rush destroyed the large trees that were well adapted to fire, and a policy of fire suppression meant that for a hundred years, the forest grew back tightly packed with less species diversity, creating fodder for catastrophic fire.  Climate change compounds this challenge. Increasing temperatures have dried out forests and created more dangerous conditions when wildfires do strike.

We are confronting this reality directly on several fronts:

These efforts won’t make California’s wildfires go away. Together, these investments help lower the intensity of the fire, slow its spread and protect communities.

In August 2020, Governor Newsom signed the Shared Stewardship Agreement with the U.S. Forest Service, mapping out a 20-year, science-based strategy to achieve wildfire resilience and forest health.  Through months of deliberation and cross-agency coordination, our administration’s Forest and Wildfire Resilience Task Force developed an action plan to execute this Shared Stewardship Agreement. The report represents a coordinated vision across stakeholders for long-term wildfire resilience in California. The State’s historic $1.5 billion investment funds the State’s commitments to stewardship.

Our Governor and Legislature designed the budget approved this year in two phases to increase both the speed and scale of wildfire resilience actions.

When it comes to the fire crisis, speed matters. Wildfires don’t wait for government process or budget cycles. Recognizing this, the Governor and the Legislature appropriated $536 million in April 2021 in “early action” funds (SB 85). This emergency appropriation was designed to get a head start on wildfire season 2022 and launch several new initiatives. With over 87% of the funds awarded and over 260 projects launched to date, we have already seen early results this fire season:

To enable over 260 critical wildfire resilience projects to launch record time within several months (rather than several years), the Legislature and Administration adopted new government businesses practices, without sacrificing quality or oversight:

Budget year investments of $988 million were designed for scale. In addition to more investments across the three fronts of wildfire resilience, these funds launch new initiatives, foundational to a long- lasting impact. These include investments that expand the workforce and businesses available to do wildfire resilience projects. Business investments include launching the new climate catalyst fund, which establishes low-interest loans for businesses that can use, rather than burn, woody material coming off of fuel reduction projects.

The wildfire resilience budget includes over 40 programs across 21 departments. While there is much work to do, our interagency team is intensely focused on translating this funding into completed projects to help meet the challenge and response to unprecedented conditions with improved and sustained resilience. 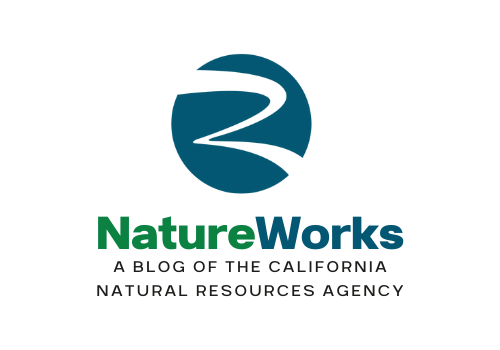